Unknown to us, due to a fire close to the Railway near Foley Park, trains from Kidderminster were delayed. Arriving at Arley in time to see the second train from Kidderminster, the only train passing by was the first service from Bridgnorth. Nothing had run from Kidderminster & so no staff at the kiosk to make the sandwiches etc. Change of plan, head to Bewdley for lunch.

The 20 was on the first train for Bridgnorth, but had left just before we arrived at Bewdley, two other departures went north in quick succession, but there were no trains due southbound so we didn’t stay long.

Don’t often see the Manors both together like this:- 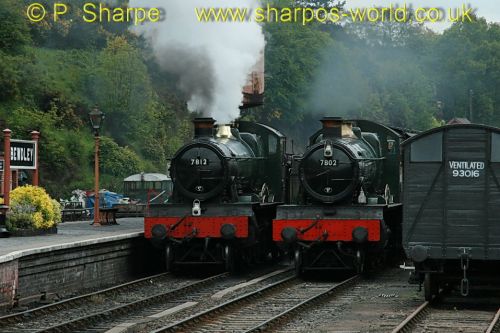