The photos of 3650 taken today have been added to the album started yesterday. It’s only here for 3 weeks so make the most of it!

One of the few shots in the sun 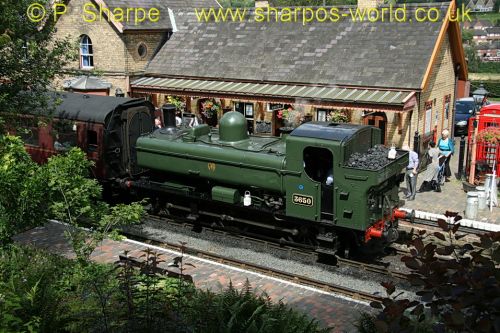 3650 is normally based at the Didcot Railway Centre, but is helping out at the SevernValley which is rather short of working steam locos at the moment. Catching a London Midland train to Kidderminster, I was able to see 3650 depart on the first steam working of the day, which was also its first train at the SVR since arriving on Thursday. My routine was soon back to normal & the loco was also seen at Arley later in the day. I haven’t had time to sort the other photos from today, but have started an album for photos of 3650. 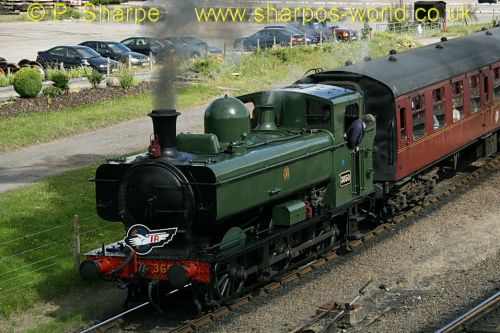 Yes, another visit to Arley, and in brilliant sunshine! 43106 was on the Severn Valley Limited, all the other services were hauled by diesels, due to the lack of working steam locos. 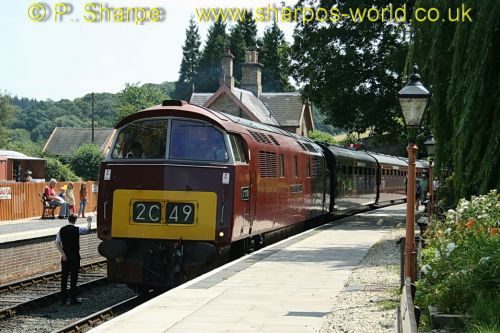 50044 failed on a railtour on Saturday, but the Class 66 on the rear of the train was able to get the train to the destination. 66719 had to be used today to bring 50044 back to the SVR and the 2 locos are seen in the exchange siding soon after arrival at Kidderminster. I was passing on an SVR train & managed some photos.

Also seen in this photos is the new signal which will control trains from the SVR to Network Rail tracks and the carriage works. 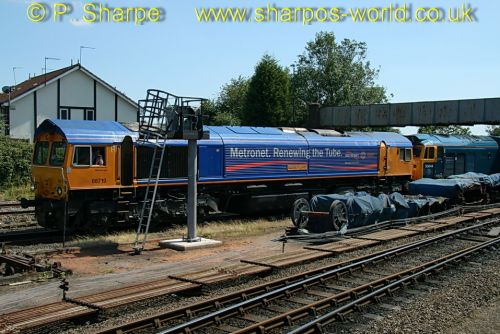 The train doesn’t always run on this route, so I have to make the most of it when it does. 66432 was passing at a higher speed than the previous trains I had seen, but did seem to slow down considerably as it headed towards the tunnel, maybe a speed limit for this type of train?

Reflections from the sun behind the train, and the front of the train in shade – not easy for photos

Another outing to Arley. Only 2 steam locos available at the moment, 1 of which was needed for a Footplate Experience turn, so 3 diesels were required for the other service trains.

7812 approaches as D8059 waits with a Bridgnorth train 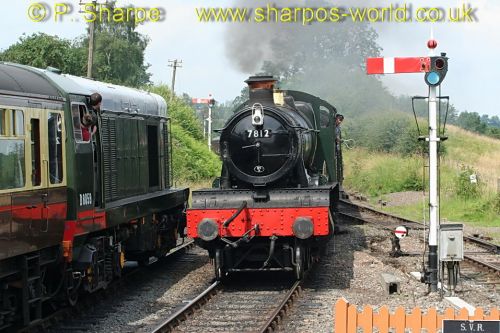 A little outing to see the DRS Cruise Saver, also known as the Boat Train, running from Edinburgh to Southampton as it passes Acocks Green. Just managed to get my camera out of the bag for a shot of 66067, which caught me by surprise soon after I arrived at the station. 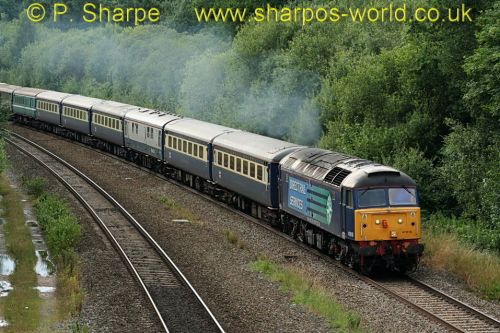 Thanks to a friend down Worcester way, I knew the train was on the way. It has been about a year since I saw one of these trains on this route.

Always difficult here with the sun late in the day 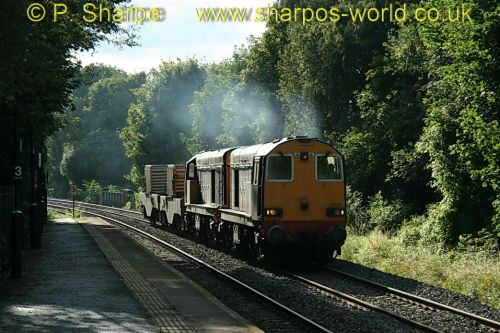 On the way back from Llangollen we had to pass Bridgnorth, so you have to call in at the station to see what was happening, don’t you!! It was our lucky day, an unusual whistle was heard, but the loco was nowhere in sight as we walked onto the platform. 34053 was apparently undergoing running in tests and was steaming backwards & forwards when the line was clear. It was not too long before it appeared and ran into platform 2. Over the next hour we saw it repeat the movement several times. 43106 was seen on a service train and the boiler from 2857 was undergoing a steam test.

A visit to Llangollen for a ride on the train. 7822 was our loco and it is seen at Carrog & Llangollen. 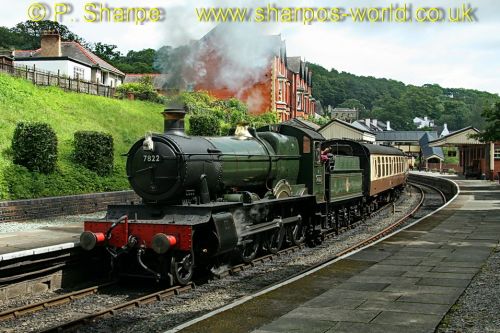 Once again, diesels are active again with just 2 steam locos out, although 50135 is on a Driving Experience. Both steam locos were running backwards when I saw them, so plenty of photos of the diesels in action. 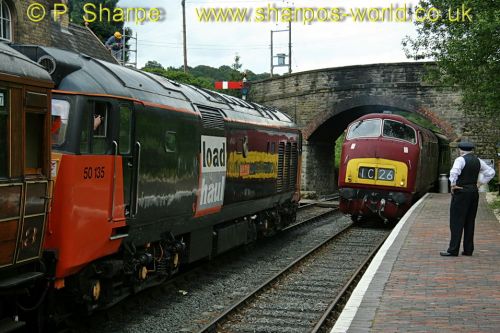 The steam loco shortage is obvious here, with 3 of the service trains hauled by diesels. 7812 was required for a Footplate Experience, with just 43106 available for one of the 4 service trains. All the trains are seen passing Arley as we enjoyed the warm weather! 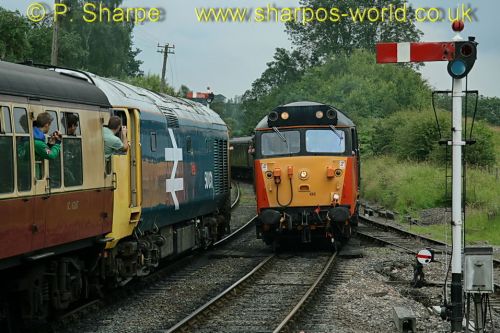