There is a security release:-

I did the manual fix on mine, as it only takes a few seconds to update each gallery.

Official opening for the Engine House today, 71000 worked a special train from Kidderminster for the occasion, carrying invited guests. Due to leave Highley soon after 2pm (I think?)

Needless to say I have some photos, some at Kidderminster as the train was leaving, others of it at Highley. Not waiting to see it depart from here as I’m hungry & want some lunch.

A cloud passed over as the HST approached, I’m sure we’ve all had photos like that before, but at least the sun was shining for the Class 47 & power car. 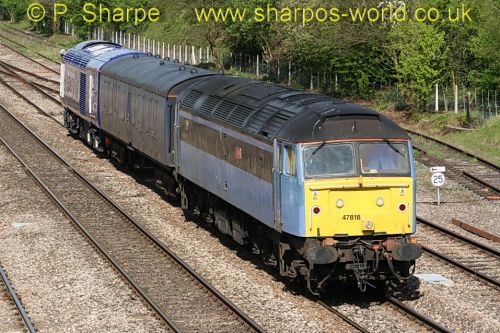 Good to see plenty of people out & enjoying a train ride, plus the lovely weather.

Heard this move was on today, so headed to Bromsgrove. Good job I was there early as the train passed about 25 minutes ahead of schedule.

Took a few photos, will sort them later.

With the rain falling quite heavily when I opened the curtains this morning, the walk to Arley looked like it was off. Fortunately it brightened up and we made it to the station.

The 11.38 for Kidderminster was hauled by 42968 with the LMS set. Next trains were 4566 to Bridgnorth with blood & custards, crossing with 46443 on Footplate Experience.

Made a change to get out of the local area & see a few different trains (and not have to drive, thanks to Andrew)

Just need a few hours to sort out the photos, but don’t expect them for a day or two……

I had plans to see 3 trains today, would I succeed in seeing them all? Unfortunately it was not possible to go to just 1 location to see them, so had to move for the 3rd train.

The day got off to a bad start, the first train I had to travel on at 09.35 was cancelled – so had to wait 30 minutes for the next one. Because of this, there was not time to change at Galton Bridge for the local electric and I had to go to Snow Hill & run to New Street to catch the DMU to Walsall.

I arrived at Walsall about 3 minutes before 62005 appeared from the tunnel, running about 10 minutes early. So, only just managed to photograph the first of the 3 trains.

Seen at Dorridge, working the Colas train to Dollands Moor.

Makes a change for me to be adding photos again. Haven’t really got back into a routine as yet, so will tie up loose ends later.

As mentioned in the “Main Line” category, I saw 6M67 at Longbridge today – this is the Bridgwater to Crewe flask train. Unfortunately it doesn’t run round the Dark Side anymore, meaning if I want to see it then I have to travel. At least it passes this area in daylight now. 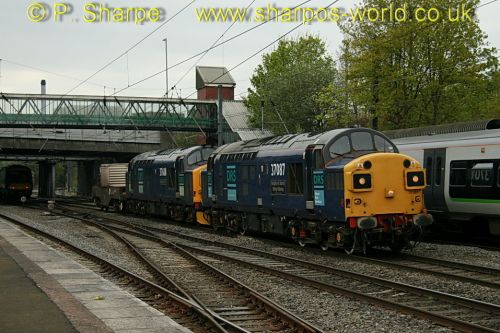