Yet another ride to Dorridge to see the train on the second run back to Birmingham. Thats 5 Sundays in a row I’ve seen the train, still not sorted the photos though!

I had edited these photos weeks ago, but didn’t get round to uploading them – obviously more important things to do (or feeling lazy). D8188 was on shunting duties, which included swapping the sleeping cars at Arley. When I reached Arley the 20 had completed some of the shunting and was at Highley, there was about an hour to wait before it returned but there was more shunting to be done before it headed for Bewdley.

The 20 is seen here approaching Arley:- 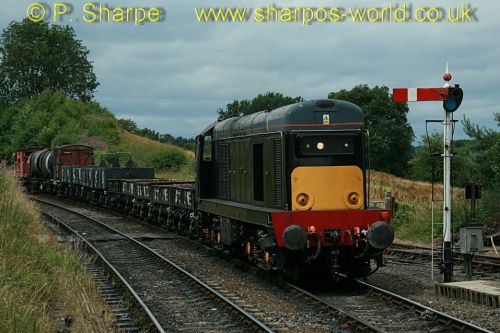 It’s “Seaside Special” weekend & we were at the “seaside”, oh alright – it was just Arley. Just a few photos of the trains, but also one of the backdrop behind the beach (sorry, sandpit!)

Here is the backdrop:- 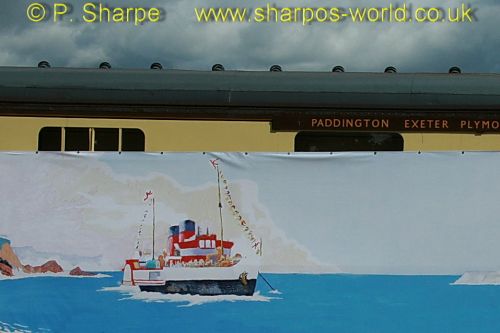 First trains I’ve seen since Sunday, having withdrawal symptoms. Not a day for photos as dull & wet, which means I have to try & remember the locos – so here we go…..

Went to Dorridge again to see the above train, hauled by 5043 today. The Castle had been used on a railtour to Llandudno yesterday and made a change from the Hall seen the previous 3 weeks.

At least today has been dry! 5164 on Venturer stock, then 5764. 43106 on Limited and 7812 heading for Kidder. River level  much higher today, covering the island just upstream from Arley.

It was dry when we set off, got as far as the island to wait for the trains then it started drizzling, turning to rain – and it didn’t stop. We saw 43106 then 7812 from the shelter of the trees, by the time we got back to the car we were soaked, so didn’t bother going to the station & went home instead.

Showerproof  jackets only keep you dry in a shower, this was continuous rain!!!!

I’ve been a bit slow uploading photos recently, but here are some from a week ago taken at Arley. A dull day meant not too many people on the platforms, so the chance for some “flowery” shots, otherwise a typical summer Saturday – no sun!!

Something different, makes a change from trains:- 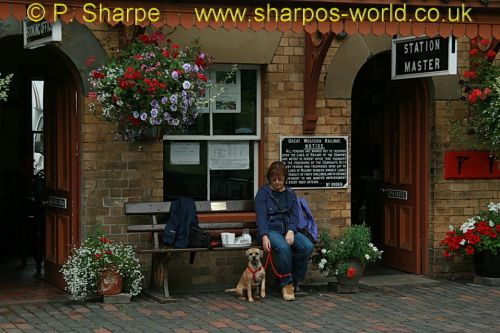 Saw this go down through Old Hill this morning, 47580 leading & 47826 at the rear. Bit slow sorting photos at the moment, but I did take a few – will try to get them uploaded later. Might hear it on the way back tonight, at about 10.30, so no point trekking to the station with a camera.

The bus from Stourbridge made good progress this morning, although a bunch of useless motorists that couldn’t even overtake a slow tractor did delay us by a minute or two, fortunately we reached Kidderminster station with about 2 minutes to spare before the departure of the 11.40. I could’ve played safe and stayed on the bus to Bewdley, but decided to go for the train – hauled by 7802, and caught it.

After lunch at Bewdley the train back to Kidderminster was hauled by 43106, 3802 was on the other train. Back at Stourbridge, the “Dodger” was missing (reason unknown) and a taxi was provided for passengers. Soon after arriving at the Junction the “Dodger” came up the branch from the Town and seemed to be working OK, the other unit was by the signal box, so maybe they had been shunting them around.