The photos, as usual, are taken from the video so aren’t the best quality but probably won’t look too bad on a mobile phone. 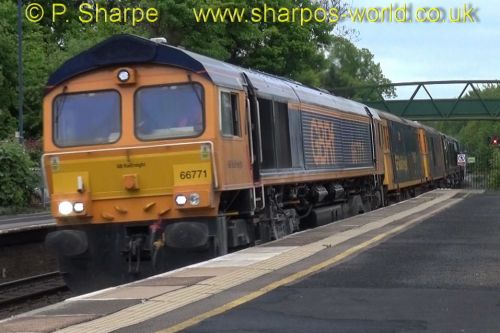 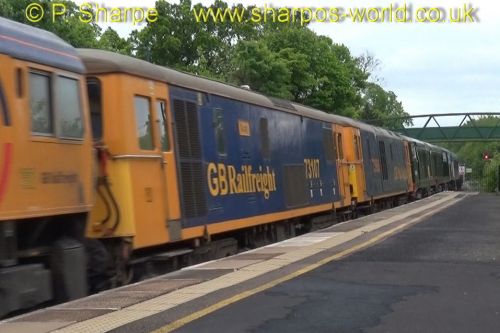 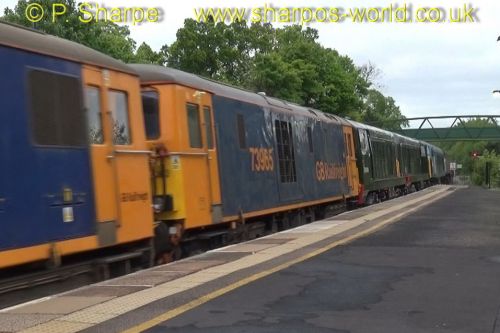 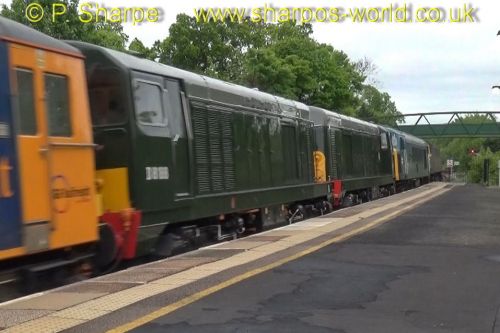 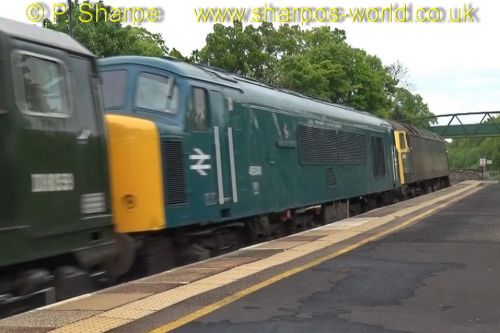 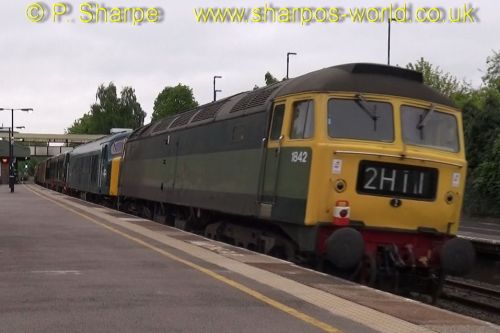 Two locos rolling downhill, not very interesting, but I had a clear view from the other platform and 57309 was a “new” one for a video shot, seen on 0Z57 Crewe – SVR. I certainly won’t be there when the Belle stock is hauled up before 5am tomorrow morning!! 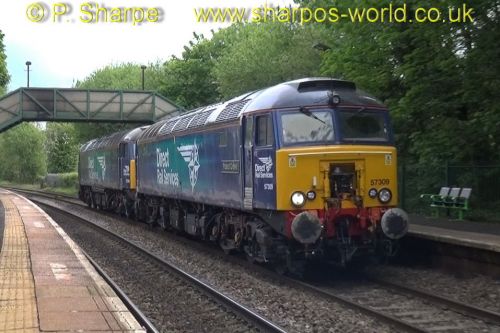 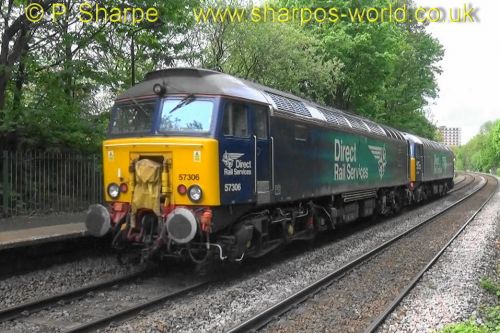 Trying to get back into the routine of adding photos to the gallery and posting in the blog! A visit to Arley on Sunday was just in time to see 33108 arrive, the 2 steamers on the next trains are also in the video. 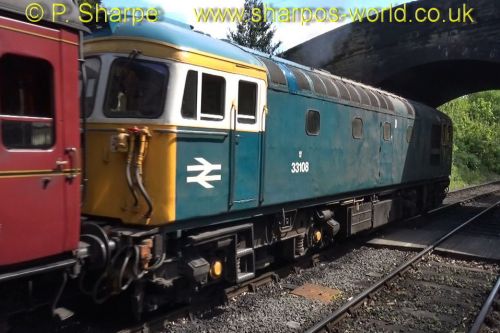 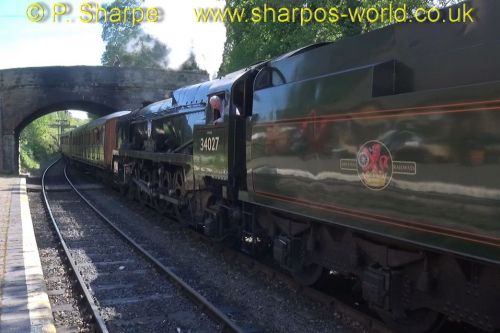 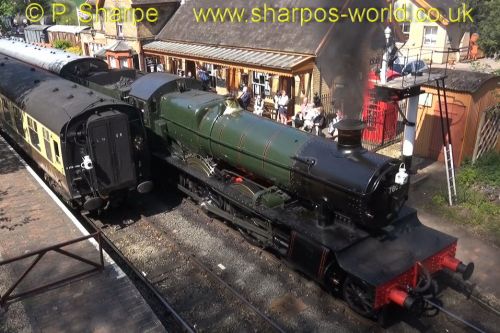 The “Tesco Express”, a Sunday regular working, but only in daylight for a few months of the year. Unfortunately at this time of year if the sun is shining and the train is on time, then the light is awful – so I filmed from the other platform to keep out of the sun. 4M36 Wentloog – Daventry. 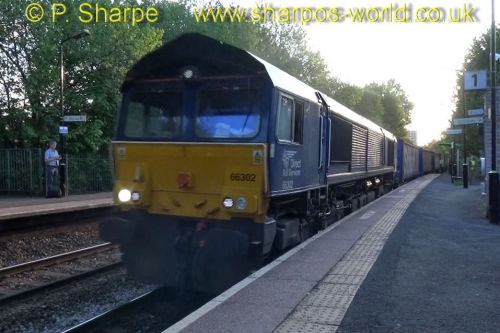 Any freight up this way at a sensible time of day is worth seeing – as there are not many. The sun was also at the right angle, very unusual. 6P02 Bromsgrove – Bescot. 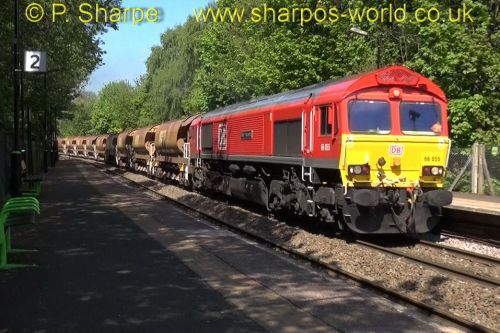 Another trip to Kidderminster, this time to see the 33s. 33108 was doing the work with 33035 tagging along for the ride. It was blowing a gale but has come out reasonably well.

As with the previous post, I will add some photos when I have a few minutes to add them to my gallery.

I’m trying to keep up with my videos that I upload!! the Northern Belle ecs from Kidderminster – Crewe, running as 5Z40, is seen passing Old Hill. Fortunately 172336 on 2K17 Whitlocks End – Kidderminster passed through in plenty of time to save me from being bowled.

It was a year ago that I filmed this loco on a test run and so I was pleased to see it again on a loaded test run with 6 coaches which it had hauled to Bridgnorth and back. 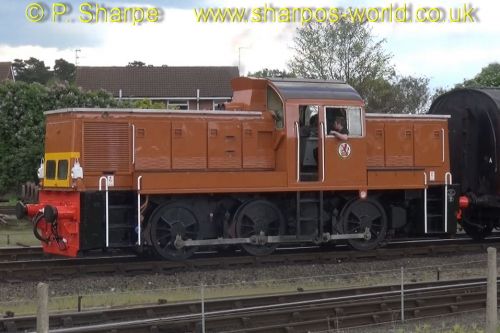 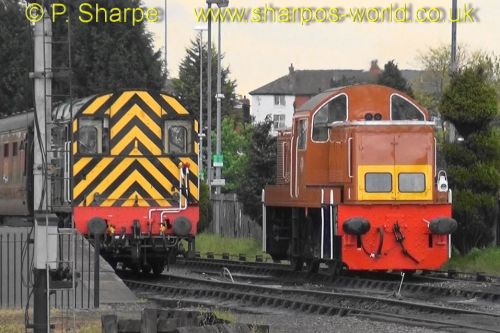 D4100 was used to shunt the stock used for the test run of D9551 when it returned from Bridgnorth. It showed a good turn of speed as it approached the station! 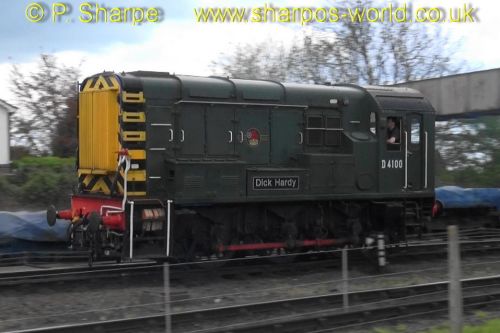 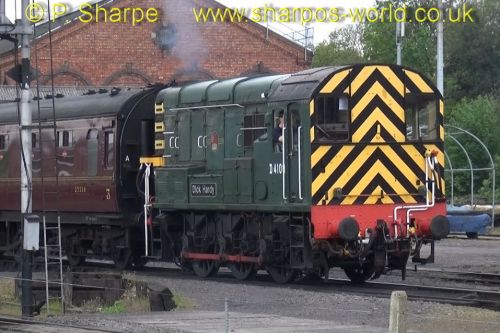 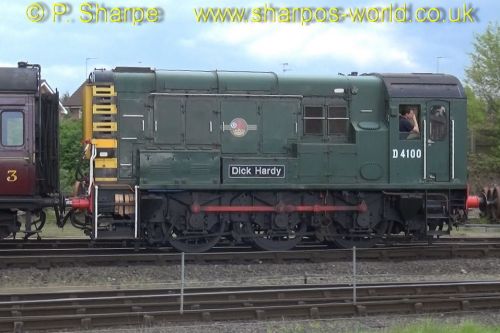 It’s time to try and get back into the routine of updating this blog and adding a few frames cropped from the videos.

This is the most recent video I’ve filmed showing the 0Z47 convoy from Crewe to the SVR passing through Old Hill. I had planned to film from the opposite platform and the convoy should have cleared before a stopping train was due, but for some reason it took about 15 minutes between Rowley Regis and Old Hill. I raced over the bridge, the stopper departed, another train followed that and still no convoy. It did eventually appear but I didn’t get such a good shot being on the adjacent platform.

The “photos” from the video aren’t brilliant though! 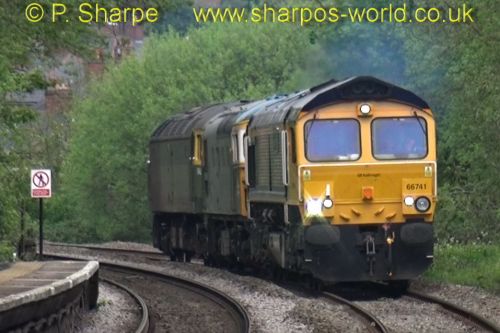 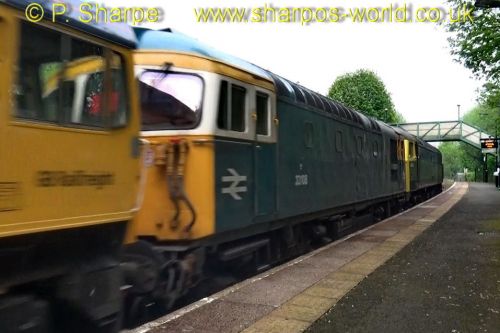 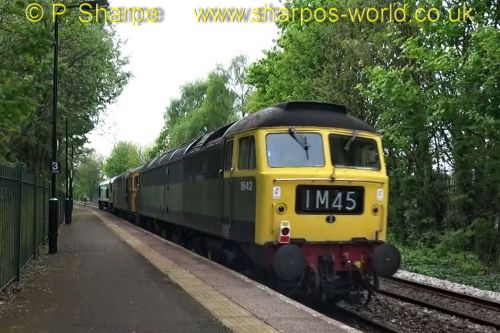