On the way back from Llangollen we had to pass Bridgnorth, so you have to call in at the station to see what was happening, don’t you!! It was our lucky day, an unusual whistle was heard, but the loco was nowhere in sight as we walked onto the platform. 34053 was apparently undergoing running in tests and was steaming backwards & forwards when the line was clear. It was not too long before it appeared and ran into platform 2. Over the next hour we saw it repeat the movement several times. 43106 was seen on a service train and the boiler from 2857 was undergoing a steam test. 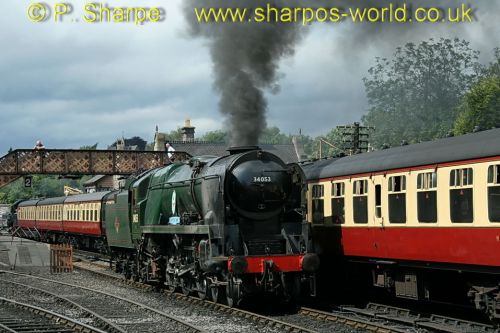