34053 Sir Keith Park hauled its first service train on August 22nd, it was at the Bridgnorth end of the train, with 2857 at the other end. I was hoping it would work the same train the following day, as we had arranged to go to Highley and I would be able to get some photos of it. Making sure I had finished lunch in plenty of time, I waiting by the Engine House, camera at the ready. First photos show it approaching, then a mad dash to get in front of the train, ready for departure. After a struggle to get the train on the move, the other photos show it heading away towards Bridgnorth, with a little assistance from 2857.

This was the first attempt to start the train 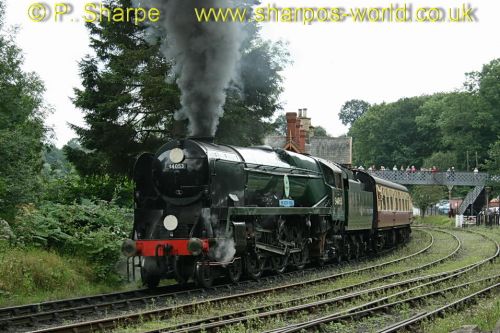