The sun was shining as we waited, it was running a few minutes late but was going well as it headed past and on up the Lickey Incline, destination Preston. I’m used to trains running at “Severn Valley Railway” speeds & this one seemed to be going much faster, trouble is though, mess up your photos and there’s not another one along in half an hour or so.

I wasn’t expecting it, but a few minutes later D1015 & 47760 followed up the Lickey – quite a surprise. Probably exlains why there was no banker on the rear of the GBIII. 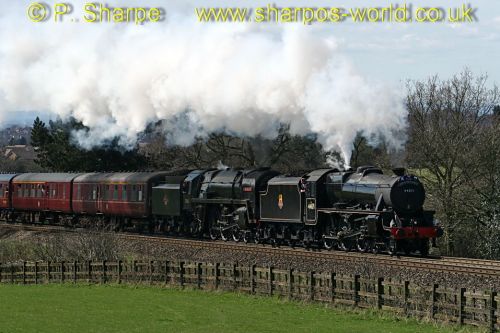