When I was waiting for Britannia at Shrewsbury last week I took photos of most of the other trains seen at the station. Most of them were DMUs, but  3 diesels helped to add some variety. This set of photos shows them all, but does include a shot of Britannia, as seen in a previous album. The weather ranged from dull to extremely dull, so no great shots, but at least it is a record of the few hours I was there.

Still trying to get used to the look of a 70. 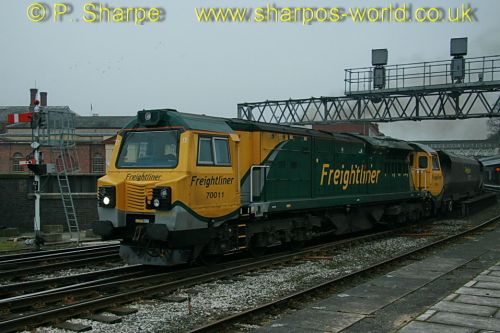