86701 was being used on training runs from Crewe, and was due to run to Stafford all week. So a few hours up there seemed a worthwhile few hours out. There were a few other locos seen during the time there, but 70010 was not expected, so that was a pleasant surprise. The other bonus was the 37s on the Bridgwater to Crewe 6M67 working. 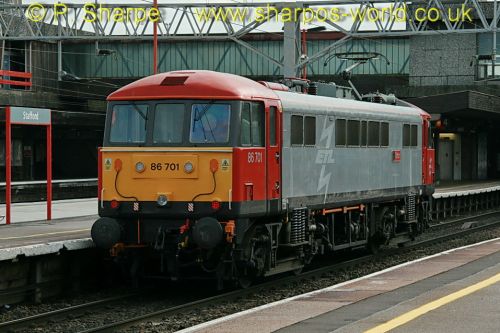